The 3rd edition of the Mirpuri Foundation Sailing Trophy will take place in Cascais, Portugal, between the 2nd and 10th of July 2022. Over 100 sailing boats, including conventional and high-performance cruisers, are expected. Organized in partnership with the Clube Naval de Cascais, the sustainable regatta will see a large number of sailing boats take to the Atlantic coast of Portugal, to raise awareness and important funds for marine conservation programs.

Entries are now open for the 2022 edition. Pre-register your boat here.

The Sailing Trophy will start and finish in Cascais, a historic and cosmopolitan seaside resort on the edge of the Tagus estuary between the Sintra mountains and the Atlantic Ocean. Cascais is known to be one of the best spots for yacht racing in Europe, owing to the reliable, constant wind direction, and a moderate breeze where the Azores High pressure meets the low pressure of the Iberian Peninsula, causing the wind to accelerate where this two systems meet, along the Portuguese coast. 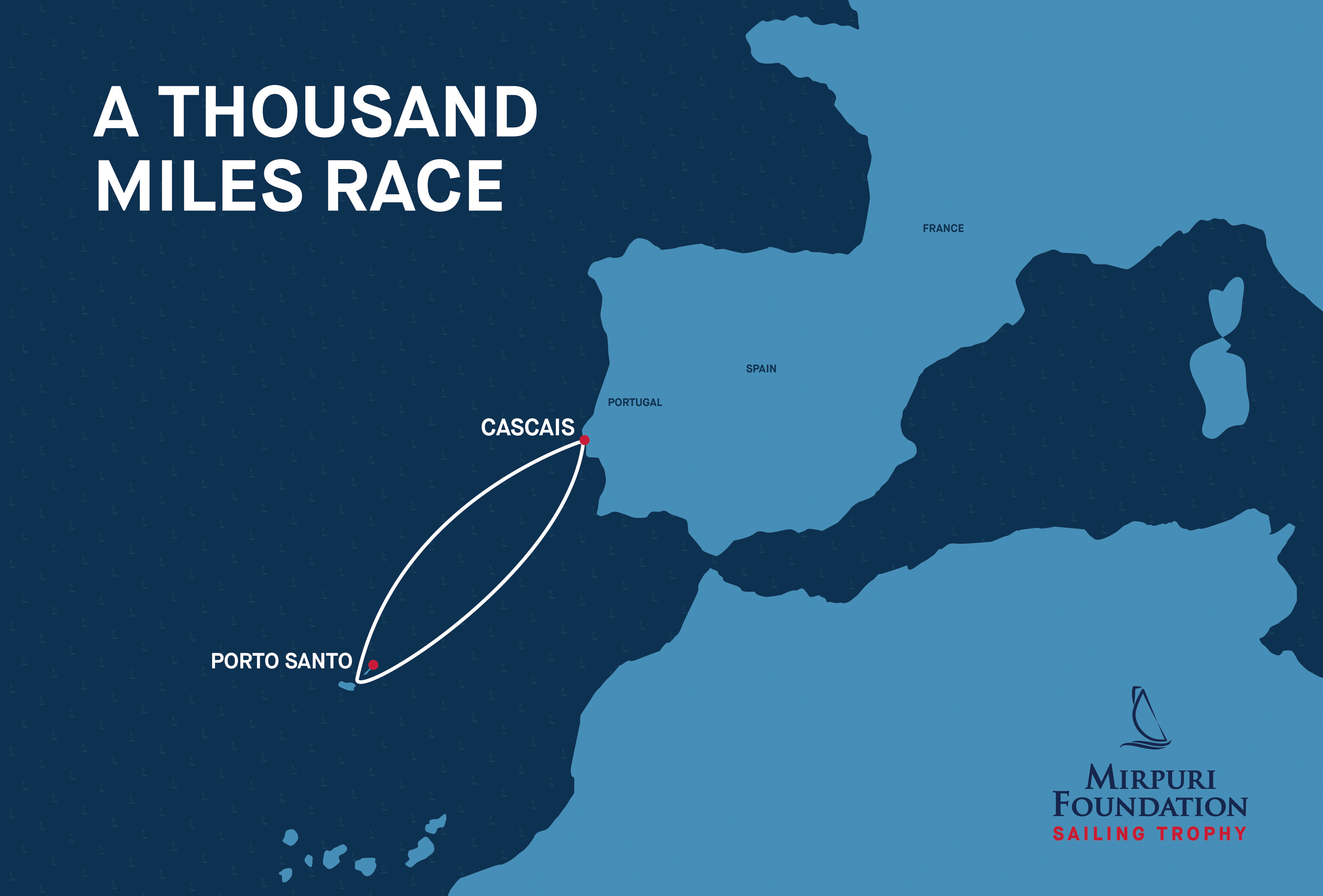 The headline “A Thousand Miles Race” event will follow a challenging course through the Atlantic Ocean from the port of Cascais around Porto Santo Island in the picturesque Portuguese archipelago of Madeira, with the fleet then racing back towards Cascais where crowds of spectators will be waiting to see who will win the spectacular official trophy. 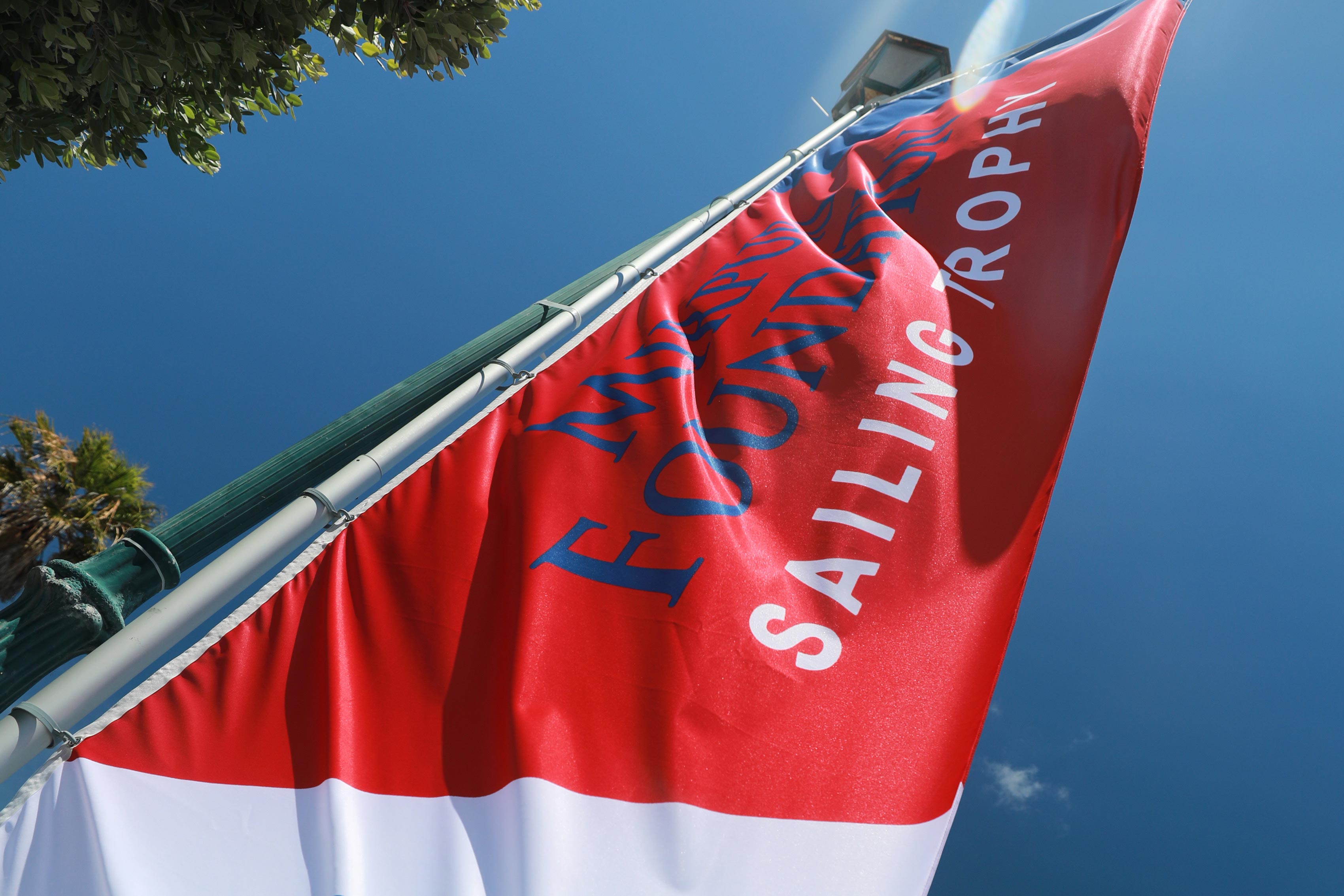 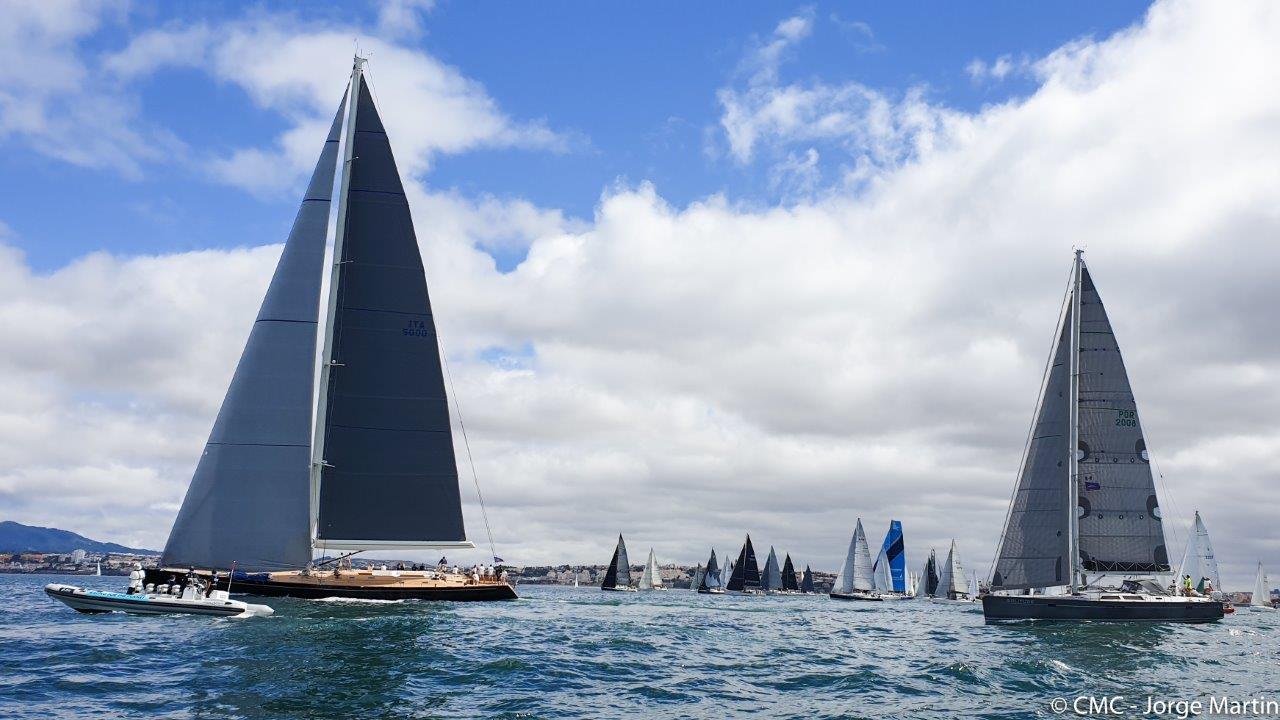 Some of the biggest names in offshore sailing took part in the Mirpuri Foundation Sailing Trophy.

Over 70 boats took part in the 2021 edition, in a variety of classes which saw the undeniable highlight of the event, the fleet of IMOCA 60s and VO65s taking part in a points-scoring coastal race for The Ocean Race Europe.

The inaugural Mirpuri Foundation Sailing Trophy took place in 2020. Organized in partnership with the Clube Naval de Cascais, the health-controlled event was the first of its kind as the sailing world took it’s first steps back to the water in the wake of the Covid-19 pandemic. The two-leg regatta between Cascais and Sesimbra was created to raise awareness and important funds for marine conservations projects. More than 50 boats participated in the event.

The advent of a new international racing event deserved the creation of a very special trophy. The Mirpuri Foundation worked with the prestigious Leitão & Irmão, jewelers of the Portuguese crown since the 18th century, to create and manufacture the unequaled and perpetual Mirpuri Foundation Sailing Trophy. 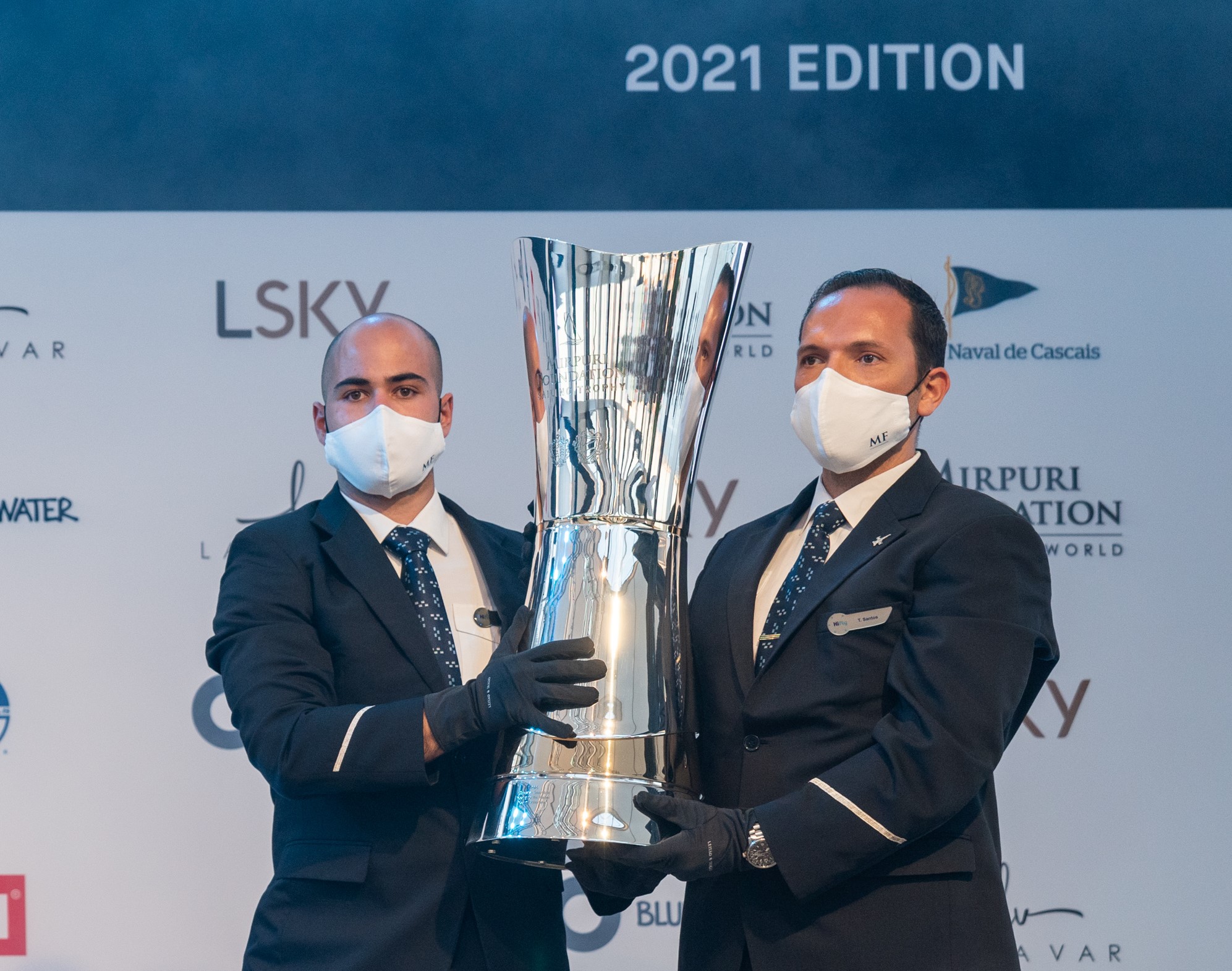 The trophy, with 80 cm tall, a piece of art manufactured with solid gold and silver, refers to the flowing of the oceans. Different drawn plans recall the movement of the waves while the trophy design, as a whole, with its fluid and shiny shapes, evokes an ocean, limpid and serene.

Every year the name of the Mirpuri Foundation Sailing Trophy winner is engraved on this magnificent and exquisite piece, the prize that every crew will be racing to claim.


The Mirpuri Foundation Sailing Trophy was born as a part of the Mirpuri Foundation Marine Conservation Program. It is a significant step for all international sport and makes waves outside of the racing community, highlighting the need to ever-present protect our oceans.

Oceans sustain life on earth, as well as its ecosystems. But oceans are fragile environments, and the fact that all life on the planet depends on them also means that it depends on their fragility. Oceans regulate weather, produce half the oxygen we breathe and absorb one-third of all greenhouse gas emissions, as well as being the source of economic sustenance and well-being for billions of people all over the world. However, this resource once believed to be infinite is fast reaching its limit.

We are living in an era of over-fishing, marine waste, acidification and rising sea temperatures. By 2050 sea temperatures may be two to three degrees higher, which will mean the loss of the majority of coral reefs all over the world. Human action, in the form of contemporary lifestyle, is at the center of the massive destruction of one of the planet’s most precious assets. However, if humans are the cause of the problem, we may also be its solution.

The Mirpuri Foundation is a non-profit organization based in Portugal, and founded by entrepreneur Paulo Mirpuri with the aim of contributing to a better world for future generations. The Mirpuri Foundation acts in six distinct areas: Marine Conservation, Wildlife Conservation, the Performing Arts, Social Responsibility, Medical Research, and Aerospace Research. The foundation’s commitment to sustainability is transversal and is reflected in all its activities.

About the Mirpuri Foundation

Turn the Tide on Plastic and Racing for the Planet

The Mirpuri Foundation has a legacy in competitive sailing as a global platform to share important messages of marine conservation and encourage positive change to better impact the planet. Through the ‘Turn the Tide on Plastic’ campaign in the 2017-18 edition of The Volvo Ocean Race, the Mirpuri Foundation was part of a global movement against plastic pollution. In 2019, the Foundation created the Mirpuri Foundation Racing Team, focused on raising awareness and driving action on climate change. The sailing team’s VO65 “Racing for the Planet” won all the races in which it participated, including the famous The Ocean Race Europe 2021, amplifying the messages carried by the boat. 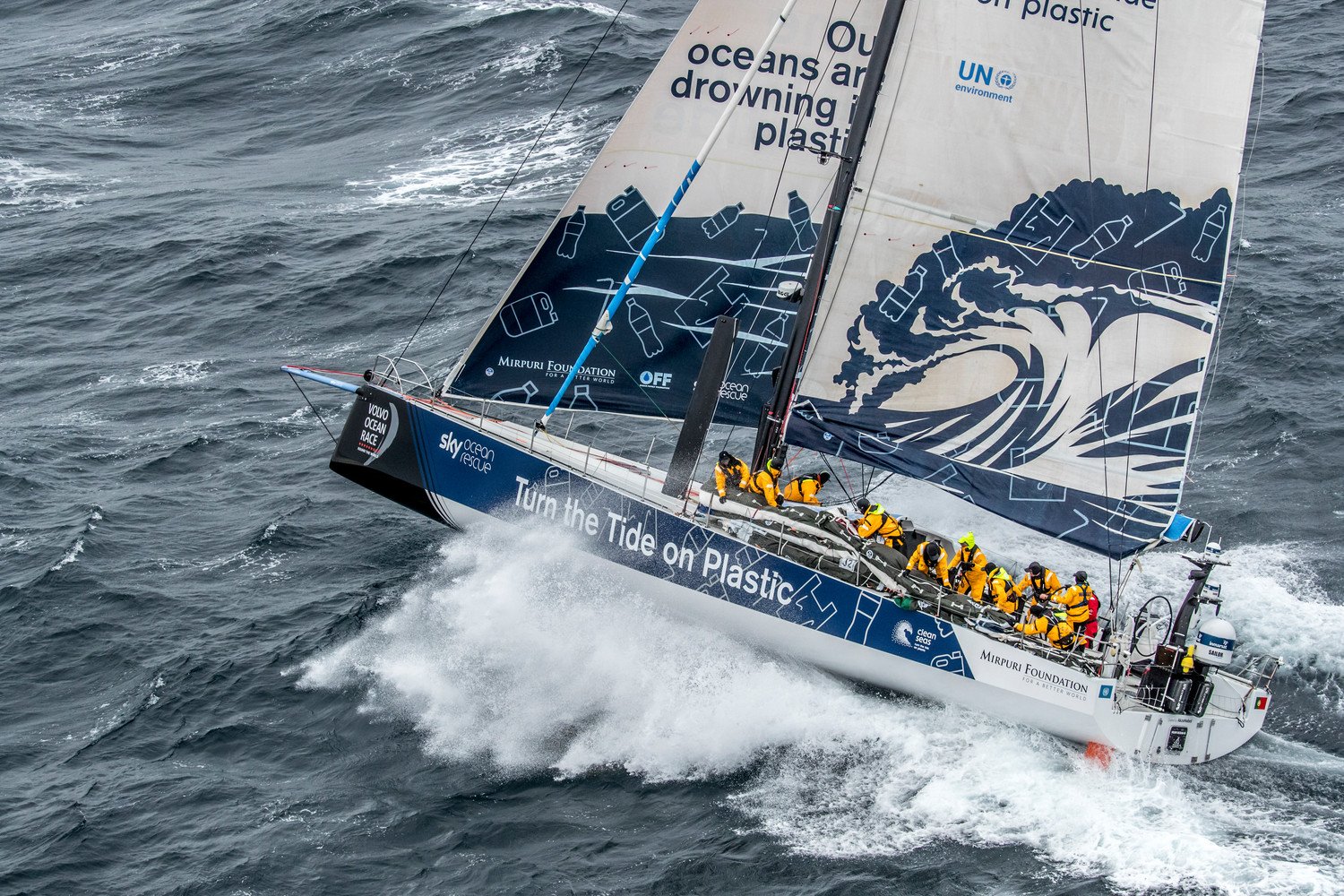 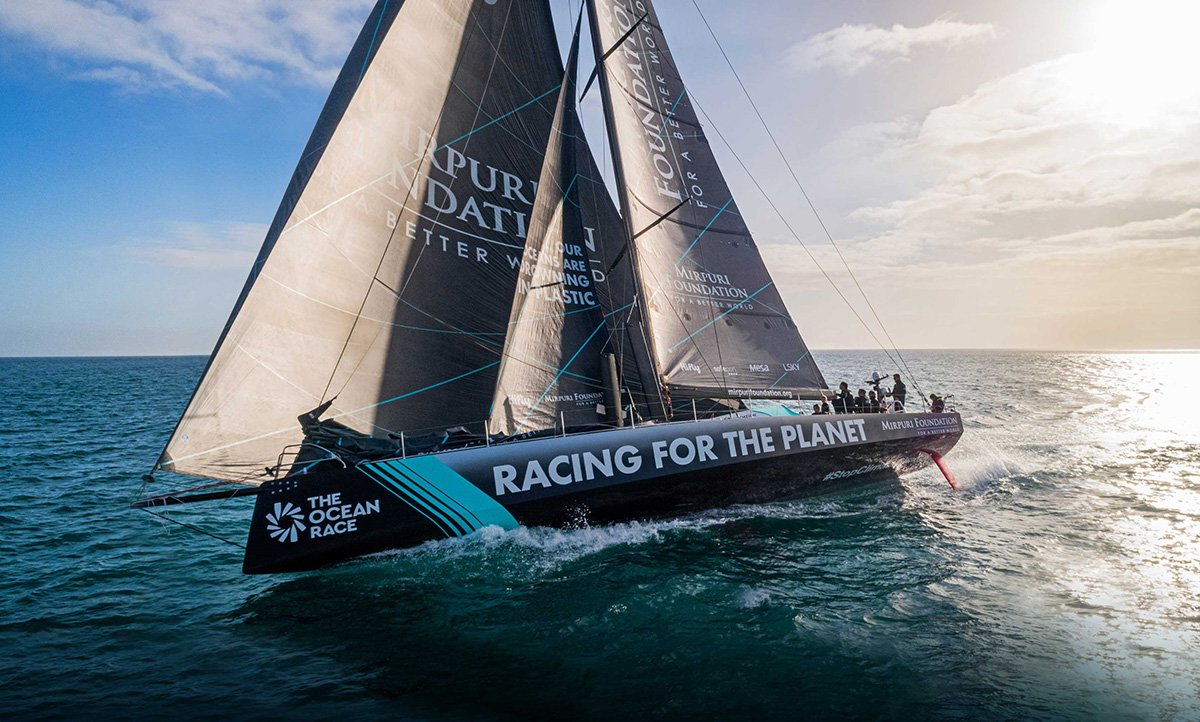 Partnering with the United Nations

The “Turn the Tide on Plastic” Team went well beyond their sustainability message, by also promoting fundamental values such as gender equality and by including younger sailors on the team. The boat was the only one in the race with a female skipper, crewed by an equal number of men and women, and had the highest number of crew members under the age of 30.

The team was also the only one to compete without a commercial message. Instead it emphasized a purely environmental discourse, making audiences and fans of the race aware of the harmful consequences resulting from the use of disposable plastics by taking part in conferences, workshops and beach cleanups in the cities it passed through.

Together, the two organizations implemented sustainability and science programs aimed at helping to avoid plastics continuing to pollute the oceans. The joint effort maximised the impact the message had on host cities, while at the same time minimizing any negative impact on the smaller towns they visited. These programs aspired to leave a positive legacy for the future health of our oceans.

As a Portuguese based organization, the participation of the Mirpuri Foundation in the race opened a new chapter in Portuguese maritime history and directly contributed to creating a new generation of ocean sailors. For the first time in the history of the Volvo Ocean Race, two Portuguese sailors - Bernardo Freitas and Frederico Melo - were part of a Volvo Ocean Race team, competing on board a boat that carried the Portuguese flag in this iconic race for the first time. 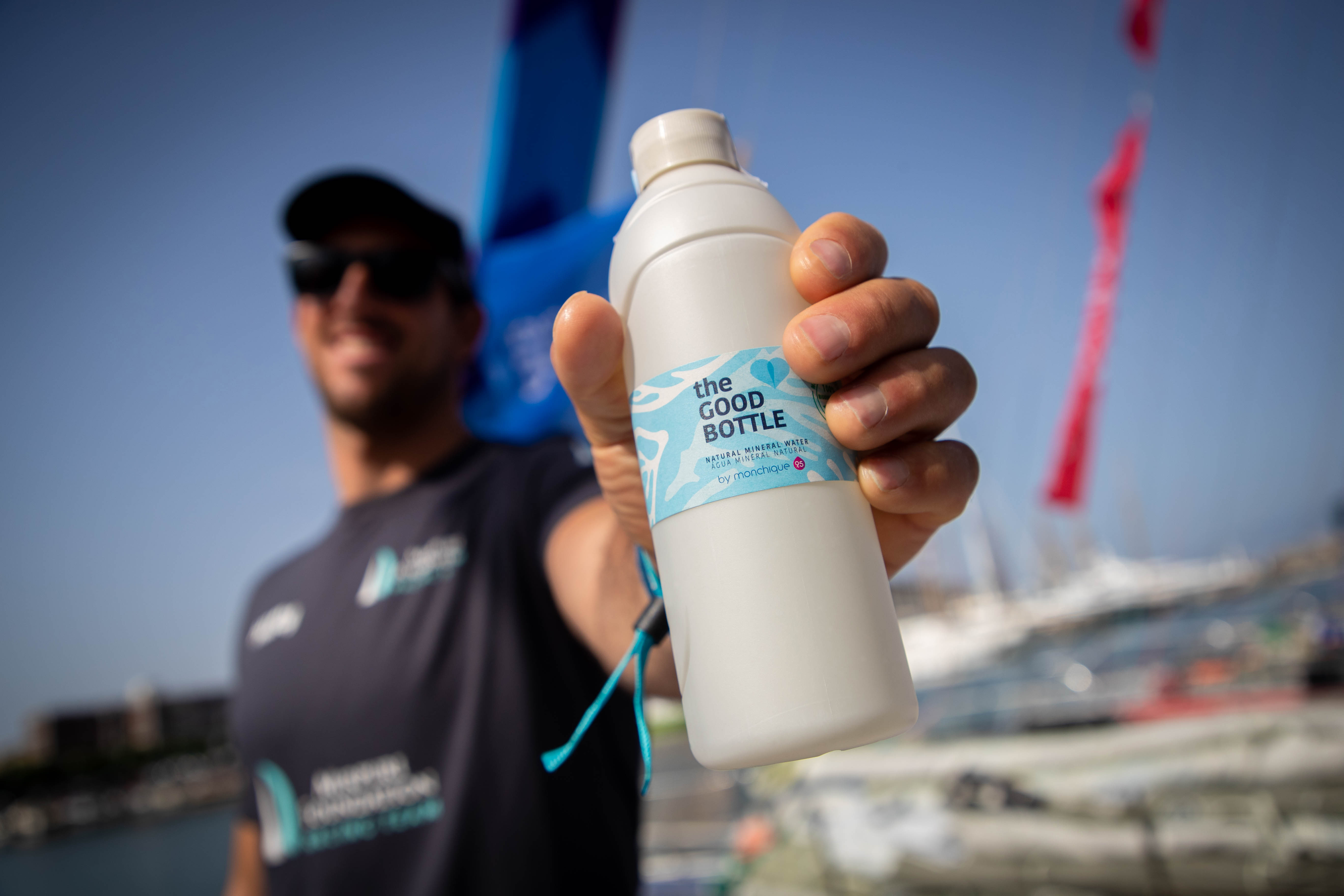 Leading Sustainability in the Sailing World, creating a more responsible and sustainable planet.

What is good for the world is also good for our race and our own business;

To sustain our success we must protect our greatest resource - the planet;

Our success as a race depends on our people feeling inspired by their jobs and a sense of greater fulfilment through their connection to nature. 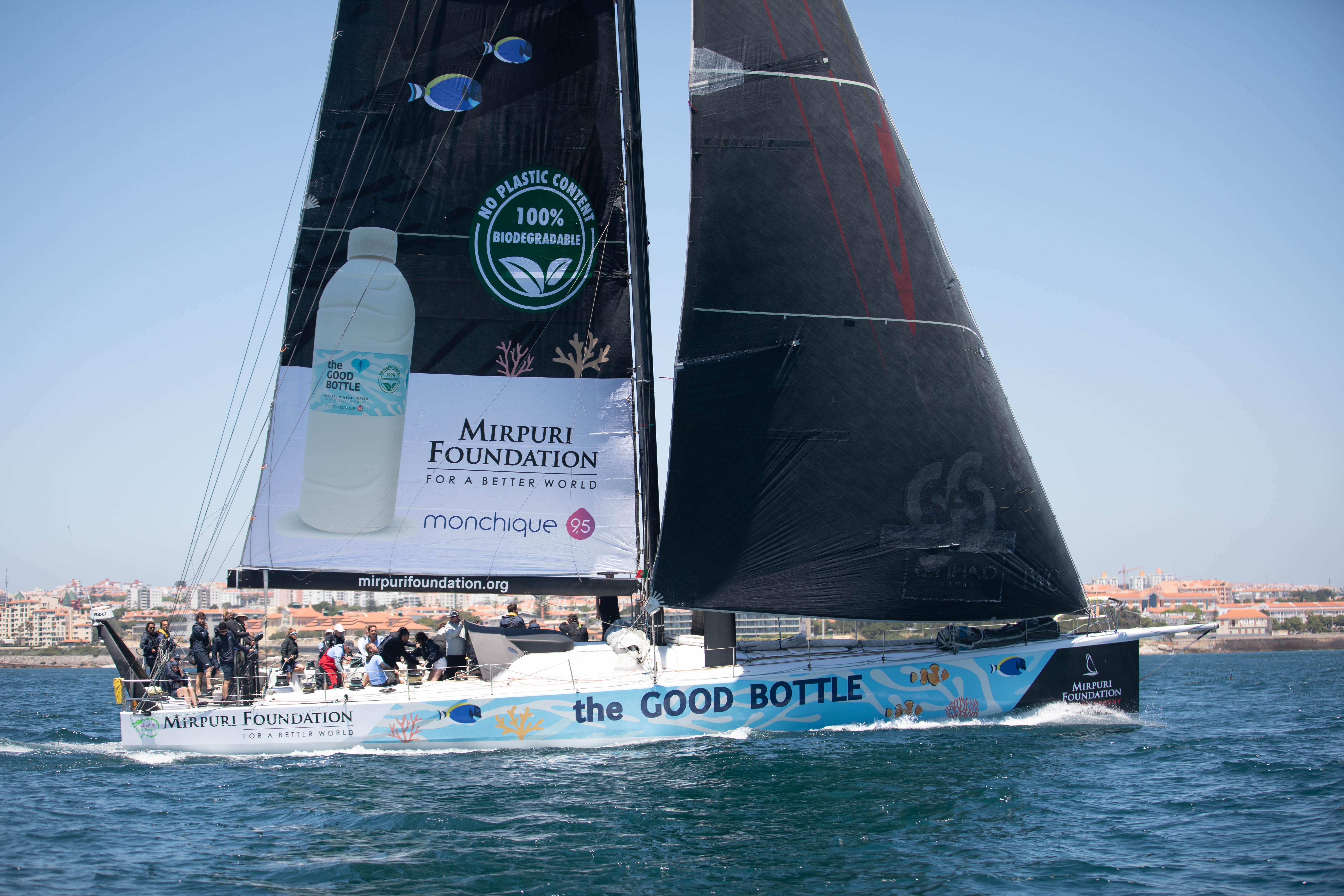 The Mirpuri Foundation Sailing Trophy is committed to playing its part in creating a more responsible and sustainable planet by fighting against the very important issues that are plastic pollution and carbon emissions. It is a plastic-free sustainable regatta, and a charitable event, with team registration fees supported by the Mirpuri Foundation and donated to Marine Conservation programs. Additionally, all events are all held in the most environmentally friendly and sustainable way, minimizing the footprint.

We are a sustainable race

Since its inception, the Mirpuri Foundation Sailing Trophy has worked to ensure that the race is one of the world’s leading proponents of sustainability in the sailing world, seeking to minimize environmental impact by reducing emissions in its own operations and supply chain, and by extending the lifecycle of products that are used.

Truly committed towards our goal of “Turning the Tide on Plastic”, there won’t be any single-use plastics at any point during events.

All the paper used for the race and events is recycled.

Not only the healthier option for our guests, but organic food has a lower carbon and environmental footprint.

All events waste will be handled responsibly.

The Foundation will donate all the on-event residual fresh food to institutions, reinforcing the work done through our Social Responsibility programmes.

The Mirpuri Foundation organizes several workshops, conferences, campaigns and underwater and beach clean up’s during the pre-race phase, to share the importance of ocean conservation.